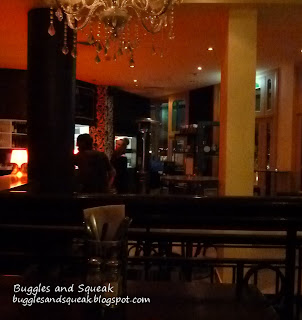 
Munson diner started it all for me. One bite of that double cheeseburger (American cheese of course), bereft of salad and I was hooked. The standard Aussie burger with its lettuce, tomato & beetroot would never really do it for me again.

Buggles and I have had a long obsession with American Diner food. We both used to frequent Arnold’s Diner (yes, modelled on the Happy Days one), at Darling Harbour back in the day. We were regular diners at the Hard Rock Café, which while not technically “American Diner”, was the closest thing we had to it at the time.
So it will come as no surprise that we are loving the current “dude” food movement and their take on burgers, dogs & fried chicken.


There are, of course, your more traditional diners such as Jazz City Diner. Well, we were beside ourselves when we heard it was coming to town….now if they could just sort out the service end of things, we would be very happy campers indeed.


With all that said, we are huge fans of The Norfolk, so when we started to hear about a little spot in Glebe that was being compared to the Norfolk, we knew we just had to visit.

The decor is all about comfy chairs & chandeliers. 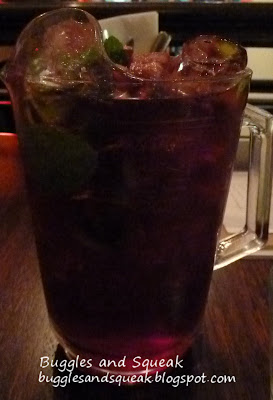 We order a jug of not too sweet, fruity & very refreshing sangria ($20), while we look over the menu. 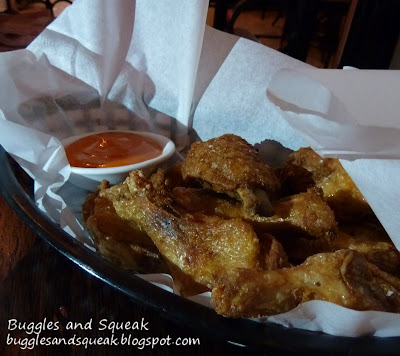 We decide to start with Crispy Chicken Wings ($14) marinated in lemon with chipotle sauce.
They look amazing when they arrive all crispy & golden. Unfortunately they really fail to deliver on flavour. They are bland & have a 'cooked from frozen' quality to them. The chipotle sauce helps a little, but not much. 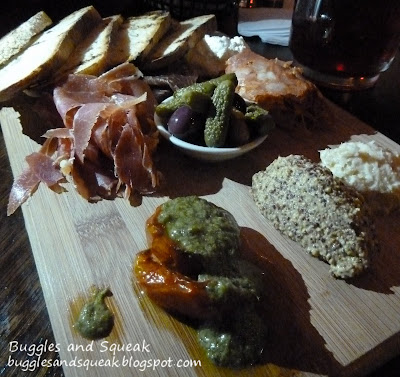 Next we decide on the Antipasto Board ($22) jamon, wagyu braesola, & salami w/ semi dried tomato, marinated mixed olives, goat's cheese, cornichons & toasted sourdough.
While certainly not close to the best Antipasto Board we have tried, it isn't a complete disaster, the jamon & goat's cheese being the best things about it. Ok, but far from great. 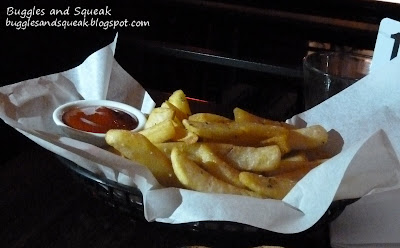 A basket of Thick Cut Potato Chips ($6) w/ garlic & rosemary, hits the spot though. The chips are crispy & fluffy with a lovely rosemary flavour.

After this so-so start, we are a little apprehensive about trying the Mini Burger Plate ($14) mini beef burger, mini pork sandwich & mini hot dog, but we throw caution to the wind & order it anyway.....only to be told it is not available! 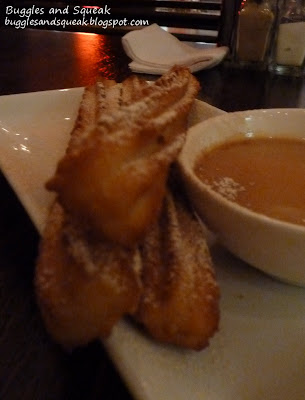 As nothing much else appeals to us we decide to head straight for Cinnamon Churros ($9) w/ dulce de leche, not the best idea. The churros are tough & chewy & the dulce de leche watery, without too much flavour.

We finish our meal, totally underwhelmed.

We really do want to love Bedlam Bar + Food, but we just can't.

Posted by Buggles and Squeak at 5:14 PM

What a shame. The chicken wings look and sound great, but bland fried wings are always a disappointment.

I went here recently to use a meal deal voucher we had. I thought it was ok, but the meals & share plates seeemed a little pricey to me.

It's the worse when you're excited about eating somewhere and disappointed afterwards.

Chicken wing (and general) sadness :( I've got a voucher I need to use here too...

Seems the idea is good, execution a bit lacking....

The chicken wings were one of the main reasons we decided to pop along....unfortunately they sound (and look) much better than they taste...

Oh no! What a shame! I was really hoping this would be a goody. But thanks for your review, good to know what it's like. Oh and I can't believe you used to work with Ambrose! What a coincidence !:P

I was here the other day (post forthcoming) and I'm surprised that it was so terrible for you.

We only had one bad dish and the rest was rather impressive.

Then again - we didn't have anything that you had other than the amazing rosemary chips.

I think bad nights can be excused and I suggest you try again because the new chef Ben was checking quality with customers and chatting away - explaining that he has just taken over from a deserting ship chef, with an inherited menu.

@jasmin this wasn't a complete write off for us, the food was unimpressive though & we were disappointed the sliders weren't available. I guess after all the comparisons to The Norfolk, we expected more, but we will give it another shot.